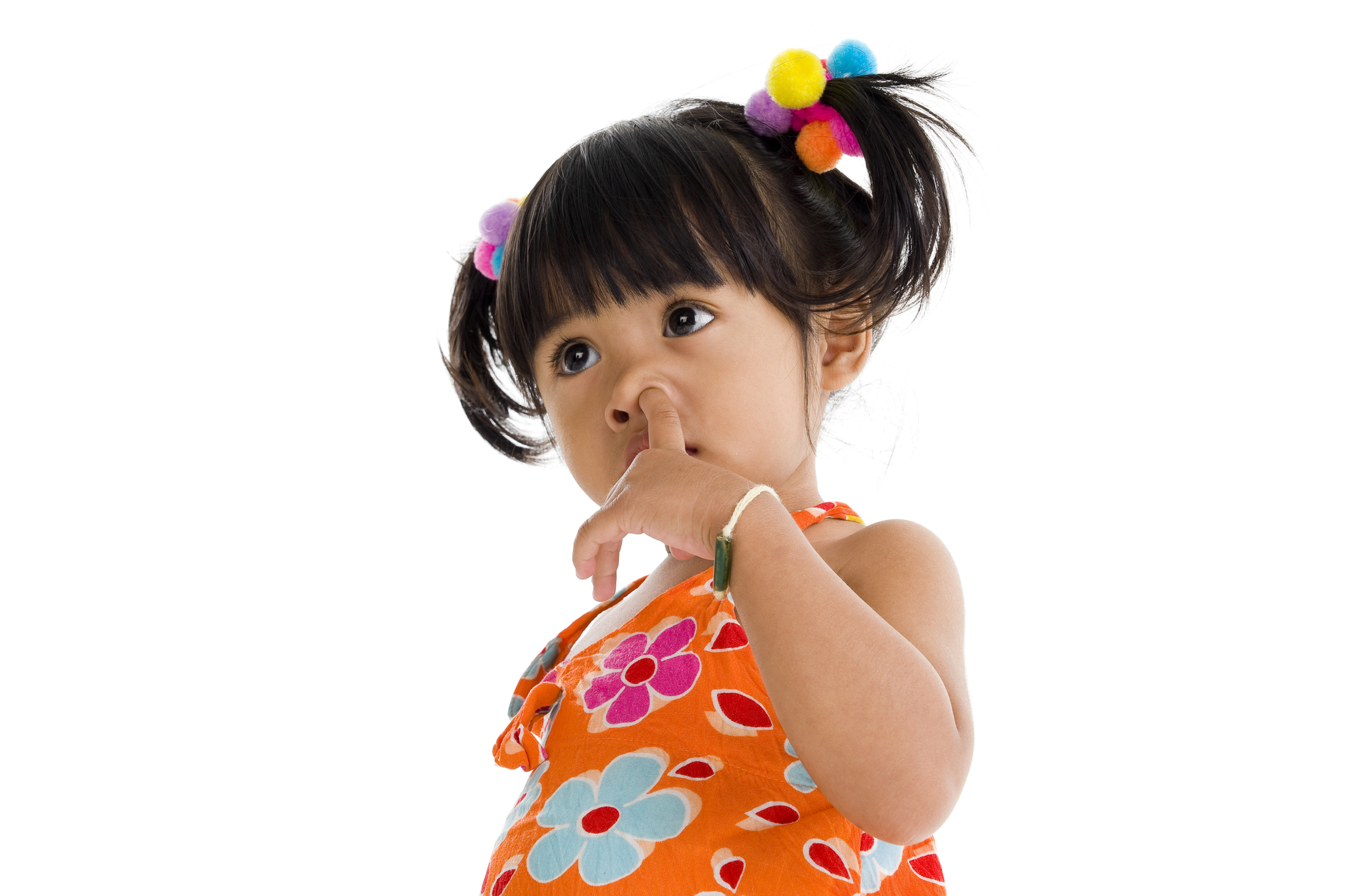 Your tot is intrigued. He has discovered his nostrils and his penis – with gusto! You are feeling grossed out by the nose-picking and playing with his ‘willy’ in public is enough to make you want to pretend you are fostering a poor deprived street child (if only you could get him to stop calling you ‘mummy’).

Let’s face it, whether your child is a boy or girl, bodily parts are a sensory experience – nose holes, vaginas and penises are fascinating places with interesting feelings and textures (tastes too if we count the boogers – sorry!). For some kids, fiddling with their ‘bits’ can be a bit of boredom buster, for others it is a form of self soothing, and it can just as easily turn to habit.

Even though you may be squirming and just want to shout “stop that, right now!” it can help to chill out and take a deep breath. Drawing attention to socially inappropriate behaviour is more likely to prolong it (not only does it feel good but I have mummy taking lots of notice of me too!). So, as you breathe deeply and slowly (to help you calm down), ask yourself, what is the worst that can happen (apart from being embarrassed and feeling like puking –you that is, your tot will be so pre-occupied by ‘exploring’ he will be oblivious to social niceties)? Eating boogers won’t actually make your tot sick, although picking the sensitive little membranes in his nostrils might and while the grime in the bathwater probably won’t hurt either, a good dose of soap bubbles could give him a bit of diarrhea and no matter how much he fiddles, his penis won’t drop off either (despite what you feel like telling him so he leaves it alone –in church, especially).

So how do you get a toddler to modify his bodily intrigue? Distraction and diversion are your best weapons: keep your child’s hands occupied – pass him a toy or book or try a finger game like ‘incy wincy spider’ or ‘wheels on the bus’. If singing and waving your arms around in public is almost as embarrassing as your tot’s behaviour, simply hold his hand and engage him in conversation as you keep him busy helping you choose the groceries or give him an alternative to fiddle with – his own set of car-keys if you are well-organised and think he might drop yours while you are distracted. If his nose is the prime target for tiny fingers, pass him a tissue each time you see a finger heading that way.

It is also wise to try and work out if there is a reason behind bad habits: Is your toddler bored? Engage him in activities rather than plonking him in front of television where idle hands will find their own ‘work’. Is he meeting a need for sensory stimulation to help his little nervous system develop? Does your child have allergies that make his nose itchy? Usually a kid with allergies will push his nose upwards in an ‘allergic salute’ rather than pick it but he could have dry itchy nasal membranes, especially if he has recently had a cold. You can reduce itching by keeping his nostrils moist – pop a bit of natural baby barrier balm (be careful not to use a cream that could irritate his sensitive skin further) around the outside of his nostrils and use saline nose drops during the day and a vaporizer at night if he has a cold and/ or a blocked or dry nose. If he drinks bathwater, could your little one simply be thirsty? Try offering cold fresh water in a plastic cup and keep him busy playing with bath toys to distract him from drinking the bubbles. By the time he is three, showing him the scum around the bath will probably gross HIM out enough to put him off.

Pinky McKay is the author of best-selling “Toddler Tactics”  –check it our here. And, for more strategies to help you enjoy these precious toddler times, check out Pinky’s recording package, Terrific Toddlers

Featuring interviews with early childhood professionals who each explain the revolutionary research in their specialised field of early development and how you can apply this information to create the best possible environment to help your child thrive.

Breaking free from the bonds of ‘should-itis’

Is Your Toddler Ready for Toilet ‘Training’?

Breastfeeding Your New Baby When You Have a Toddler Too.