Breastfeeding, the story of Archie Valentino by Marcia Leone 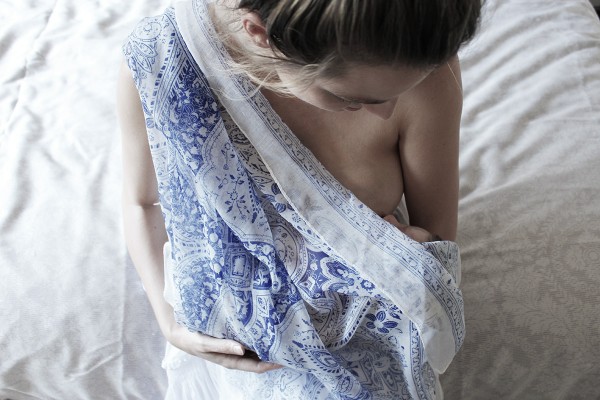 I haven’t been overly vocal about my breastfeeding story, rather choosing to cheer from the sidelines in support of the brave mamas – particularly in the Instagram community -who have made it their mission to #normalizebreastfeeding. You see, although I obviously applaud and support this movement, I feel it’s much easier to be loud and proud when breastfeeding a 6 month old, but the reality is, it’s almost taboo to “still” be nursing a two or three year old. I recently weaned Archie at two and a half and to be honest, I felt judged for continuing to nurse after 12 months. The sad thing is, the judgment didn’t come from faceless people in a crowd, it came from people I know- including other mothers who breastfed their babies.

My objective isn’t to call people out or tell anyone how they should or shouldn’t react, but more to find out why our natural instinct is to feel uncomfortable or think it is “weird” to see a toddler or older child being nursed. The answer I keep coming back to is that we have been conditioned to view breasts as sexual objects- when in actual fact, they are not. Their purpose is to produce milk to nourish and comfort their children. I remember being in my early 20s and seeing my aunt feed her three year old. I was completely shocked and although I didn’t vocalize it, it made me a little uncomfortable. Now that I have been a breastfeeding mother, I can assure you there is absolutely nothing sexual about nursing- for the mother or the child, and by framing it as “odd” is to sexualize our children. And that is really sad.

What doesn’t make sense is that we are frowned upon if we don’t nurse a newborn, and then frowned upon for continuing to feed past 12 months. So unless you fit into this window, you’re probably going to feel judged and start to doubt yourself. Hopefully our story will not only offer support to those who continue to nurse, but remind others that we don’t know every mother’s journey, so let’s support and accept the decisions they make- weather that is not being able to/choosing not to breastfeed, nursing for a few months or a few years. We are all doing the best we can with the cards we are dealt.

Archie’s birth is my happy place. It definitely didn’t go as planned. I was induced, administered IV antibiotics and had a traumatizing, very long second stage, but the moment I pulled that sweet boy onto my chest, I was in heaven. One blissed-out, loved-up mama bear. I was overwhelmed with the love I felt for this tiny being we had created. Archie rutted up my chest and latched on in his own time and we basked in our “brand new family” glow.

12 hours later our world was turned upside down. Within minutes of the midwife telling us she noticed bright green spit-up on Archie’s blanket, he was whisked away to be poked and prodded and passed from Doctor to Doctor for invasive scans. An hour later he was transferred to the Sydney Chien Hospital’s NICU, placed in an incubator and hooked up to machines and IVs. I couldn’t hold him and had to ask permission to touch my own baby. I kept hearing our lactation consultant’s voice in my head saying not to let anyone hold him for a few days so we could establish our bond. I stood by helplessly, my head spinning, feeling as though I was in a bad dream. I kept telling my husband through my sobs that I just wanted him back in my belly. I had to fight every instinct not to scoop him up and run away.

We were told Archie needed emergency surgery for a mal-rotation of the bowel. I collapsed in tears and felt like I was out of my body- looking at the scenario from above. Surely this could not be happening. During his surgery I prayed, and cried, and rocked and ached to be with him, comforting and humming to him like I did every day when he was in my tummy. I was worried he would feel I abandoned him to strangers.

Surgery went well, but the recovery was long and there were a few setbacks. The next three weeks were a blurry emotional roller-coaster. Exhilaration when we hit a milestone and despair when we had a setback. I refused to go home without my baby, so after I was discharged we stayed at a hotel next to the hospital. I was by his side every minute I was allowed to be- to the point where the nurses were annoyed. Late at night my husband and I would play music to sooth him and Archie’s favorite was Crowded House- Don’t Dream it’s over- it instantly calmed him. To this day I crumble every time I hear it.

Archie wasn’t able to receive any milk through the feeding tube for a week- only clear fluid by an IV. His veins kept bursting and it would take three or four nurses to hold him down as they tried to find a new one. At one point, the only option left was his head. He was so hungry. He wailed for hours on end and I would sit by him with breasts literally bursting with milk. It was torture for us both. My body was physically aching to comfort him. I clearly remember standing by his crib and telling him that when we could start feeding I would never deny him, we would sleep side by side and he could feed whenever he wanted for however long he wanted. I focused all my energy into expressing so that when he was well enough he could receive my milk drop by drop via a feeding tube. I pumped every three hours for weeks- the hospital fridges were overflowing- I gave Dairy Farmers a run for their money.

Two excruciatingly long weeks later, I was finally allowed to feed my baby. I was told it may take a while for him to latch on, but before the nurse had finished her sentence he was on- suckling away like he’d been doing it every minute of the day. This was one of the best moments of my life. So you see, breastfeeding is more than nourishment for Archie; it is an emotional connection- a bond, a comfort between a mother and her son. Something we will never take for granted.

Although he fed easily, our journey wasn’t without its challenges. At about 6 weeks I developed Nipple Vasospasm, which meant due to poor circulation and cold extremities, I would have intense, toe curling pain every time I fed. I would cry coming up to feed time and even though it was summer, had to wear socks and gloves when I fed. I was quite the site- a topless crying, mad women with a breast pump on one nipple, baby on the other, wearing socks, gloves, undies. But, I persevered and it subsided within a few weeks. Then, of course we went through the teething/biting phase at about 8/9 months, but this too passed and we continued to feed into Archie’s second year.

I felt I was ready to start weaning when Archie was 18 months, but he hadn’t dropped any feeds, wouldn’t take a bottle and definitely let me know he wasn’t ready. I knew he still needed to nurse. I know, I know he didn’t “need” it for survival (I was told this continually by everyone) but he needed it for comfort, and to me, his emotional need was just as important as the physical, nutritional need (of course, there are still nutritional benefits too). And so I continued.

When friends asked if I was “STILL breastfeeding?” their response was rarely, “Wow, good on you”. It was often met with shocked expressions and advice on how to be strict and say ” no”. I was actually told (by a breastfeeding mother) that I was either a “freak or mad for breastfeeding so long.” I gave up trying to defend my decision and the last year I actually hid the fact that I still nursed from those who didn’t know. I found support through online communities with like-minded mothers who helped me realize I wasn’t alone and it was actual quite normal for some one/two year olds to still be feeding throughout the night. I also connected with some mamas through Instagram- one in particular, who had a boy the same age as Archie. Like me, she felt ready to stop, but wanted her son to be ready enough so that weaning was a gentle, gradual process. I can’t tell you what a difference it makes to connect with another mother who totally gets you. We sent each other “Boob File” updates and have supported each other through weaning.

When he turned two, my naturopath prescribed herbs to start drying up my milk and we night weaned by having him sleep with my husband. It wasn’t super easy and there were some difficult nights, but I knew it was time for us to both sleep through. Archie was old enough to start reasoning with, so each feed I would tell him that my “boobies hurt” and we put Band-Aids on them. He picked them out- Mickey Mouse or Spiderman and helped to put them on. It took a good 3-4 months, but we did it pretty much without tears. And I feel proud of that.

There is not one part of me that regrets nursing Archie for so long. The only regret I have is that I let other people’s judgments get to me. Next time, I won’t hide it or make excuses. I will say “Yes! I still breastfeed… aren’t I doing a wonderful thing for my child?”

Big love to the amazing Doctors at Sydney Children’s Hospital and to my supportive, pro-breastfeeding husband, mother and sisters. You guys are the breast. xo

When mama is crazy tired – see what she does….

Why didn’t I just say ‘yes’? By Becci Nicholls