Co-sleeping, SIDS and a Grieving Family 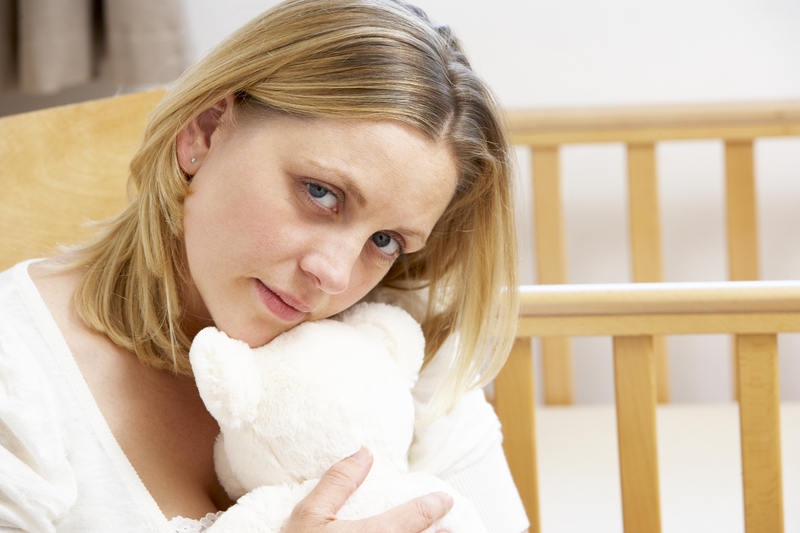 Meaghan is angry. Her emotions have run a gamut over the past few months since her baby died – from shock and disbelief to contemplating suicide because her pain has been too much to bear. But right now, she is angry: angry at tactless people, angry at the way her baby’s death was handled by professionals but most of all, she is angry at media sensation about the dangers of co-sleeping.

You see, Meaghan’s baby daughter Charlotte is one of those counted among the deaths reported by the NSW coroner that have triggered a call by authorities to make it illegal for parents to bed share with their babies.  The coroner’s report states: Cause of death – SIDS. Risk Factor – Co-sleeping.  In fact, Meaghan’s baby daughter Charlotte, died in her cot. The cot was ‘side- carred’ next to Meaghan’s bed. As SIDS guidelines advise, this is the optimum safe sleeping environment –  Charlotte had her own sleeping space within proximity of her parents. She was breastfed and her parents were non- smokers.

Meaghan says, I had breastfed Charlotte during the night and popped her back into her cot next to me. In the morning, our other children were trying to wake me and I muttered, “the baby is still asleep, I am not ready to wake up.”    Of course that doesn’t work with small children so she sat up, talked to her children and went to check her phone while she waited for Charlotte to wake. Then, four year old Olivia reached over to Charlotte and said, “she’s very cold!”

From that moment, it has been as though Meaghan, her husband and family have been sucked into a horror movie.  She says, “ my husband tried to do CPR while I called the ambulance, then we were sitting in the lounge holding Charlotte when all I could see around me were boots and guns.  There were paramedics, police and detectives. A detective wearing blue rubber gloves took her off me. I know that’s standard but it felt so wrong to have somebody hold my baby with gloves on.  They closed off our bedroom as a crime scene while they checked and bagged everything for the next five hours. We couldn’t even go in and get a nappy for our two year old. The paramedics took Charlotte into our daughter’s room so that was closed off too.”

“When they had finished, they left. That was it – no social worker. Nothing. They just packed up and took Charlotte away in a briefcase and left. We were left sitting on the lounge totally confused wondering, WTF just happened?

Since then, the emotional roller coaster has seen Meghan not being able to sleep or eat for days; having to dry up her breast milk – she took meds but they did nothing, she had the agony of breasts bursting with milk at her baby’s funeral; having flashbacks accompanied by strange body sensations – remembering how cold Charlotte felt so graphically that she felt cold in the pit of her stomach and drank hot drinks to try and get rid of the sensation, only to burn herself because she drank boiling water; confessing to her husband that she had planned how to take her life and her other children with her – when she said, “but you could come too,” he  took her for immediate medical help. She is now on meds as she tries to piece her life together around her children’s grief reactions and questions. She says, “Caleb (aged 2) pined for 3 weeks, he lost weight, wouldn’t eat and just lay listlessly on the lounge. He was so attached to Charlotte and had been lying on her play mat, playing with her the night before she died.  Just when he was finally eating again, one night at dinner, Olivia asked, “why didn’t we need Charlotte? Why did you let those men take her away?”  Although Olivia is doing play and music therapy and seems to be grasping the permanence of death, one day she will say, “so this is forever?” Another conversation will be “so have the doctors finished with her?” Or “did I die when I was a baby?” She has become very motherly and protective towards Caleb and will even bring her lunch home from preschool for him.

Ignorant comments from others are frustrating. And they hurt. Deeply.  Meaghan says, “when the coroner’s report came, one friend asked, “so, they wont be charging you for manslaughter?”  Even well-meant comments can sting. She says, “one day a friend was doing my dishes when she said, ‘you are doing so well.’ I asked, “am I doing too well?” I keep wondering how I am supposed to behave. I feel anxious all the time about being judged – you read about mothers whose babies have died and are seen as uncaring because they have been photographed somewhere partying. Although I am not partying, I was in a shopping centre recently and caught myself laughing with Olivia when I suddenly thought, I shouldn’t be laughing.”

Right now, though, Meaghan’s anger is fuelled by a call to ‘make co-sleeping illegal.’ She says, “there are safe co-sleeping guidelines on the SIDS website.  Rather than saying ‘ban co-sleeping, people need education to make the safest choices possible.”

Although it would be almost impossible to get accurate figures on how many babies share sleep with parents, according to one study  (Rigda, McMillen, & Buckley, 2000), around 80% of Australian families have taken their babies into bed with them in the first six months, the highest risk period for SIDS deaths.  While some babies do indeed die while  ‘co-sleeping’, this number is low in comparison to the number of babies who share sleep with parents.  Also, the definition of ‘co-sleeping’ when it comes to reporting infant deaths in the media can be very broad and, whether disclosed or not, usually includes other risk factors: sleeping on a sofa, sleeping with a parent or person (not all ‘co-sleeping’ deaths include babies sleeping with parents) affected by alcohol or drugs (prescription or otherwise) or parents who are smokers, are not safe.  And, like Meagan’s Baby Charlotte, you can even be considered in the ‘co-sleeping’ statistics when you have created a recommended safe sleeping environment and your baby has their own sleeping space – in a cot.

Despite her devastating loss and grief and having gone over and over what happened the night baby Charlotte died, Meaghan says, “there is nothing I would do differently. If we do have another baby, I would do everything exactly the same. In all of her three months and ten days with us, I only spent one hour away from her –  when our chicken jumped the fence and I had to catch it.  It gives me a lot of comfort that if it had to happen at all, Charlotte was with me when she died.”

1. Sleep baby on the back from birth, not on the tummy or side

2. Sleep baby with head and face uncovered (no soft toys in bed)

3. Keep baby smoke free before birth and after

5. Sleep baby in their own safe sleeping place in the same room as an adult caregiver for the first six to twelve months

Play – the key to clever (and happy) babies!

The Truth About Sleep Training