Go away, I only want Mummy – or Daddy. When your child prefers one parent 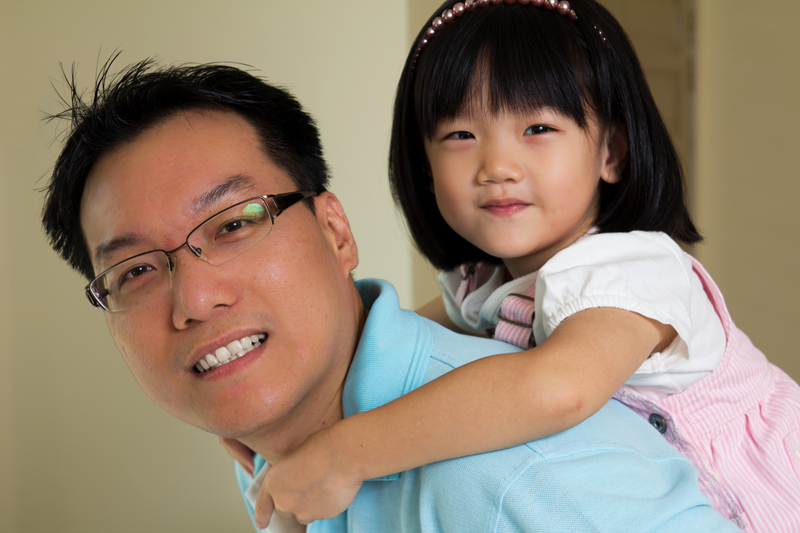 “I can’t leave the room without my 15 month old screaming the house down even if she is in Daddy’s arms,” says Kate, also the mum of a four year old.

At the same age, Kate’s first child was also a ‘Mummy’s boy’ and Daddy was relegated to second best. This ‘Daddy rejection’ hurt the first time round – for Kate and her husband. She says, “ my husband felt rejected and I was frustrated that I couldn’t have a break without all sorts of screaming or insistence of, “no! Mummy do it.”

This time round Kate is much more relaxed. “I know this is just a stage and it will pass. When our son was about two and a half, he switched to Daddy and now they are great mates while I am second best in his eyes. That worked pretty well when I needed to focus on a new baby but it is getting a bit tedious now Ivy is a toddler.”

It’s most common for babies to initially prefer the birth parent – after all, she is usually the one who feeds and nurtures more of the time so is more likely associated with comfort and familiarity. Also, until around two, babies see themselves as an extension of mum, then as they develop more independence and begin to separate emotionally, there is a whole new world of people to explore relationships with. And, as Kate discovered, this is when the other parent becomes the hero and it can translate to Mummy rejection.

Toddlers can show a preference for either parent. For instance, you have been giving and giving all day to your child but as soon as the other parent walks in the door, it’s squeals and laughter and you feel like chopped liver.  Or, as Dave, father of a three year old discovered, the bond with his partner and daughter meant that he was often excluded. One day when he came home and greeted his partner and child, his daughter told him, “go away! I’m having a tea party with Mummy.” Ouch!

Parent preference is a normal stage of development for babies, toddlers and preschoolers and it isn’t just about exerting control. At this stage, the frontal cortex is not yet fully developed and they can only manage to focus on one relationship at a time. So if you have been home all day with your child and your partner comes home, they can’t focus on both parents simultaneously. However, although you don’t need to take it personally and allow hurt feelings to affect your interactions with your child, this doesn’t mean you have to dismiss or allow rudeness and rejection as ‘just a stage’. In Dave’s case, for instance, his partner could take control of the situation by telling her daughter, “ Let’s invite Daddy to have a cup of tea too,” and being firm about including him. You can also encourage connections with the other parent by stepping back a bit. For instance, if your little one is insisting on one parent putting her shoes on and he or she is busy, you could say, “we can go to the park when you have your shoes on, Daddy (or Mummy) is busy, here let me help and you will be all ready when he’s finished doing (whatever).”

Often too, a parent preference can be due to routines that we have implemented for convenience, such as who puts the children to bed. If your baby has been breastfed to sleep or your toddler is usually in bed before your partner gets home, you can gently help your little one accept changes by including your partner in parts of the bedtime routine or helping with naps during weekends.

We can’t force children’s development by pushing them onto the other parent or punishing them for our own hurt feelings. In fact, this can backfire as they start seeing you as the ‘grumpy’ parent and your partner as the ‘nice’ one. We also need to respect littlies’ capacity to manage relationships and switch from one parent to another. For instance, if your child wakes in the night and needs comfort from one parent, this isn’t the time to insist the other parent will fix it. This is about your child’s security and sense of trust that his ‘comfort person’ is there for him when he is scared or hurt.

If your child has a parent preference right now, you and your partner can work together to encourage strong relationships with both parents and, take heart, as kids grow, they will work out ways to connect with both parents all by themselves.

Need some help now you have reached the terrific toddler stage of parenting? Check out my book ‘Toddler Tactics’ – if you don’t have time to read, it’s also available as an audio book  – click here.

“For a while I’ve been really struggling with my two year old son. I have just had a baby girl and out of nowhere my placid boy was throwing tantrums, hitting, kicking, screaming at the top of his lungs, the works. I honestly feared some days that I was going to lose control and had to put him in his cot while I was shaking and walk away. I was yelling at him when I got desperate and the more I yelled the worse he became. I finally realised I needed some direction dealing with him and was excited to find toddler tactics after loving your sleeping like a baby. Your book has changed me as a parent, it taught me so much about my son and I deal with him in a peaceful way now, no yelling but lots of cuddles and patience. Jack understands words but has limited language and your book taught me how to communicate with him despite our language barrier. From the bottom of my heart, thank you! You have saved this mums sanity and made the relationship with my son a much more positive one”

Exhausted? Foggy Brain? Overwhelmed or Anxious? is It Postnatal Depletion?

Banish Christmas Stress – do it your way!