Lazy parenting – why it’s good for us and our children 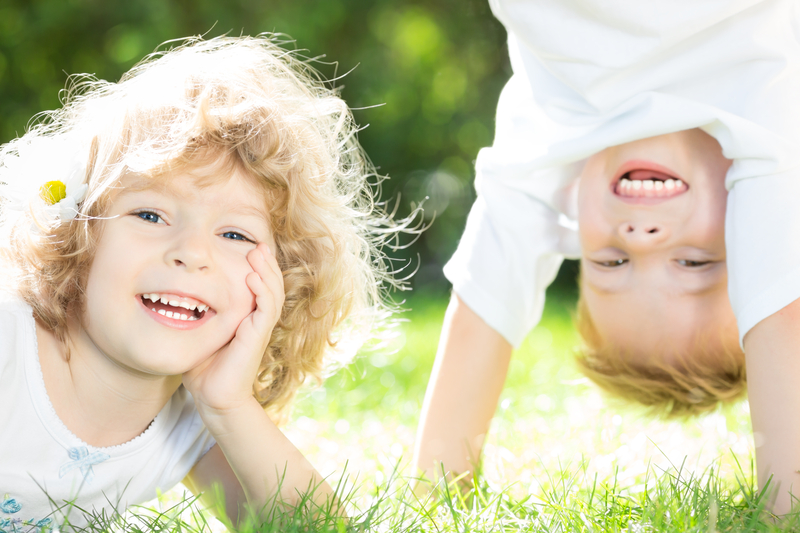 What is baby led weaning? My daughter Sarah asked me. It’s what I did with you, except there wasn’t a name for it then, I told her: I just popped some food on your high chair tray and you helped yourself.

What? You mean, you didn’t even FEED me?

I laughed, “look at your baby photos –I think somebody must have fed you (she was a deliciously chubby bubba).”

Sarah was our fourth baby. By then I had whole-heartedly embraced a philosophy of ‘lazy parenting.’ Or, as I liked to call it with her older siblings, ‘benevolent neglect.’

With my first baby, I had tried to follow ‘the rules’. When he started ‘solids’, the advice was to start off with baby cereal. So I bought a box. I squirted breast-milk onto the recommended teaspoon of cereal. I made it too runny so I added more cereal, then it was too thick so I squirted more breast milk, then it was too runny. Eventually I had almost a bowl full of perfectly mixed cereal – which my baby promptly spat out. Even though the cereal didn’t work out, I still lovingly pureed fresh fruits and steamed vegetables, especially for him. It simply hadn’t occurred to me that he could eat the same foods we were eating. That is until we were staying with my grandparents and my Poppa handed him a drumstick from the roast chicken. How that kid loved feeding himself! Aha – no more fiddling and fussing with ‘baby’ food. Ever. Again.

As my babies grew, my approach was that it was my responsibility to provide healthy food and their choice whether to eat it or not. I didn’t cook special meals – hell, I’m not a short order cook. If you don’t like it, leave it. If they didn’t eat dinner, they could have something completely boring, like a vegemite sandwich , if they felt hungry later. No food fights, no power struggles about food and nobody seemed to go to bed hungry.

Food wasn’t the only area that I embraced the theory of lazy parenting. Sleep was another one I learned to relax about. First time around, we had spent hours restoring an antique cot, even tracking down a craftsman who made us a new matching brass knob to replace the missing one. I had crocheted fine woolen blankets and the whole thing looked divine. Except my baby wasn’t overly impressed by our design skills. And, after tucking him into his beautiful bed at least ten times one night (and wanting to put a pillow over the sleeping face of my husband), I took him into bed with me. He slept – soundly! Eventually he moved out into his own bed and subsequent babies moved in with us.

By the third baby, I didn’t even bother trying to put her in her cot at night.. I didn’t consider longer term benefits (sleep was the immediate priority) until one night when she was about three, I heard her patter to the toilet in the dark, all by herself, then she pattered back to her own bed.

I had a light bulb moment – none of our kids were scared of the dark. Of course they weren’t because they had never been left alone at night, so they hadn’t developed an association with night time being scary. Lazy parenting payoff!

Play is another aspect we can chill out about too. We know that play is important – it’s a child’s work. We provide educational toys and we hover and teach our toddlers how to play nicely. We schedule classes and the pressure is strong – every class for littlies will be promoted as absolutely essential to their development.

I tried a toddler gym class – with two toddlers and a baby strapped onto me. One toddler slipped away from the structured class and found a trampoline to jump on. He didn’t give a damn about waiting in lines for his turn. That didn’t go down well with the instructor. It was easier to just take them to the park and let them choose what to play on. At home we had a sandpit and I provided old sheets and fabric along with a bucket of clothes pegs and they pegged the fabric on low branches to make their own cubbies. Their favourite activity as tiny tots was ‘painting the fence’ with a house sized paint brush and a shallow bucket of water (no mummy involvement necessary). Inside, I sat back and fed the baby in peace or had a HOT cuppa while they built roads all around the lounge room with blocks or made cubbies by draping sheets over chairs and the dining room table.

There is research to back up my lazy approach to play: the author Peter Gray, Ph.D., Professor of Psychology (emeritus) at Boston College. Gray defines “free play” as play a child undertakes him- or her-self and which is self-directed and an end in itself, rather than part of some organized activity.

It is through play that children first learn how to make decisions, solve problems, exert self control, and follow rules. As children negotiate both their physical and social environments through play, they can gain a sense of mastery over their world, Gray contends. “Children who do not have the opportunity to control their own actions, to make and follow through on their own decisions, to solve their own problems, and to learn how to follow rules in the course of play grow up feeling that they are not in control of their own lives and fate. They grow up feeling that they are dependent on luck and on the goodwill and whims of others….”

Speaking of exerting self- control and following rules, as they grew, my kids did their fair share of ‘negotiating’ . However, unless somebody was being unkind or unfair, I took the ‘lazy parenting’ approach there as well.

Mostly they worked things out without interference from me. One day I was reading how a parenting expert had ‘solved’ his children’s sibling squabbles over a game of mini golf by taking away the rules so there were no winners or losers. I was a bit surprised (I had thought it was important to learn how to lose graciously), so I asked one of my older kids if they had ever felt upset about being beaten in a game with siblings (they played board games together for hours). He grinned and said, “I would have cheated if they were beating me.” So much for lazy parenting!

Pinky McKay is a mum of five, IBCLC lactation consultant and best selling author of Parenting by Heart, Sleeping Like a Baby and Toddler Tactics (Penguin Random House).  Check out PInky’s books and recording programs here.

Waste Free Weaning – good for baby, good for the environment

Sweet Dreams – Pinky’s tips to help your newborn to sleep