‘I Am A Bad Mum’: Woman Viciously Trolled After Breastfeeding Fail Goes Viral 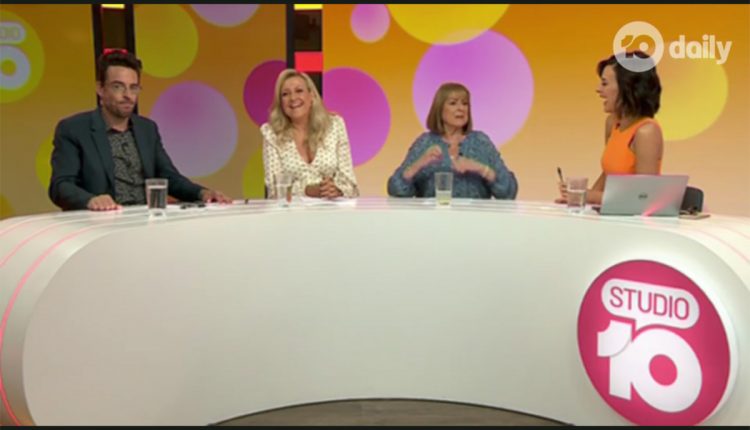 Watch the segment on 10daily.com.au

A mum shared her relatable parenting moment to Twitter, but not everyone found the photos of her newborn funny.
Keziah Jozefiak who welcomed her son Rafael five months ago, shared photos of her baby to social media after she breastfed him, noticing he had brown markings left all around his mouth.

It wasn’t long before the UK mum realised what the dark marking on her baby’s face were: they were stains left behind from her Bondi Sands fake tan that had transferred to her son’s face while she was feeding him.

Finding the experience comical, the mum shared two photos of her son to Twitter, writing alongside the images: “Someone please remind me to wash my tan off before feeding Raf please.”

While many found the experience relatable and entertaining, others attacked the new mum, suggesting she was putting her baby in danger by potentially allowing him to ‘ingest dangerous chemicals’ from the fake tan.

These comments forced Jozefiak to defend herself online, writing: “Can confirm he is okay and it hasn’t stained his face, don’t report me.”

And finally RAFAEL is fine. It’s literally like licking a piece of chocolate off your hand after you tanned. He’s not downing my whole bottle of tan. I appreciate all your concern though.

Many however, applauded Jozefiak for sharing her experience and could see the humour in her mistake.

“Literally just did the same thing to my little one,” a fellow mum wrote.

“Oh my god, I’m so glad I’m not alone with this one. I felt like such a knob,” Jozefiak responded.

“I did the same after a spray tan when my little one was younger. We’ve all been there!” added another.

“Haha this is hilarious. Keep on boobing mama,” replied a third.

“While I expect some babies may be sensitive to the ingredients in the tanning solution, clearly this baby was not. Chances are, the mum didn’t tan her nipples so baby wouldn’t have ingested tan anyway,” McKay said.

“I think it could be a pretty easy mistake to make, a mum tries to grab a quick few minutes of self-care and baby wakes and cries, so mum responds to her baby.”

Pinky said mothers are ‘wired’ to respond to their baby’s needs and it would have been a completely natural reaction for Jozefiak to feed her baby without considering her tan could transfer to his face.

“This woman wouldn’t be the first mum to have been interrupted while tanning and popped her baby on the boob. It’s pretty sad that so many parents on social media think they have a right to judge and attack other parents — I haven’t met a perfect parent yet,” she told 10 daily.

“Maybe they do this out of concern but regardless, nobody changes another parent’s views by attacking them. I hope all the ‘attackers’ only eat organic foods and use organic skincare and never use perfumed products, so their own babies aren’t exposed to chemicals.”

Yet despite this, Jozefiak has continued to receive awful comments, writing: “I wish all these middle aged men would stop messaging me abuse just because their wife left them.”

Jozefiak told ‘The Sun’ she had applied fake tan before going to dinner with her partner when her son woke up hungry and she began feeding him.

“When I looked down at Raf I just burst out laughing I couldn’t believe the tan had left his mouth looking like Homer [Simpson],” she said.

“Raf was asleep so I thought I could squeeze in some tanning time, but he woke up starving mid-tan.”

The mum explained it was the first and last time she would be feeding him with fake tan on before it has time to dry.

“It hadn’t actually occurred to me that the tan could transfer onto him. I took a picture and sent it to my girlfriends and they were all laughing as well,” she said.

“Everyone is finding it hilarious and my mum rang me in tears, she found it so funny.”

Watch the segment on 10daily.com.au

Breastfeeding a 3-year-old: NSW mum on why she’ll nurse her son until he wants to stop