Struggles With the Mum Juggle 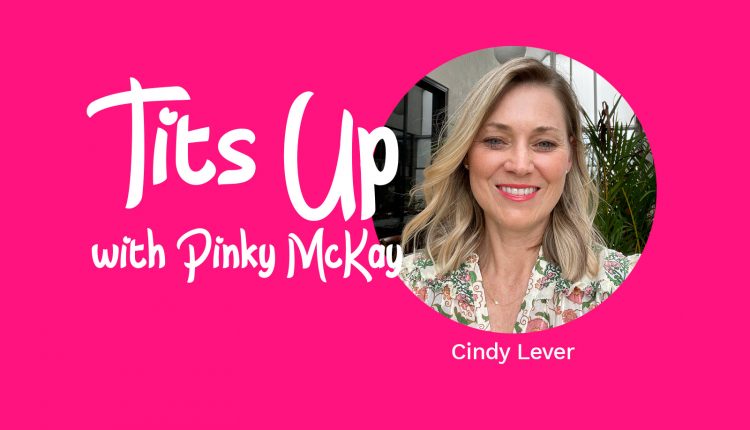 Episode 14: Struggles With the Mum Juggle

Our Tits Up Guest Today is Freelance Journalist,Cindy Lever and we are discussing, Struggles With the Mum Juggle.

Clinical terms for parenting styles can often be misunderstood and loaded with bias. ‘Elimination Communication’ is one of these harsh sounding descriptions that seems to come out of a science lab! It ‘really means’ paying attention to your infant or toddlers verbal and non-verbal cues, and Cindy has lived it and writes about it.

Cindy Lever is a Mum, journalist and social media commentator with a passion to fill the void between ‘Disneyland parenting’ and the pathologising of motherhood with expert research and opinion.

Cindy hasn’t followed a traditional childrearing approach with either of her children, she has co-slept with both babies and did natural weaning from breast-feeding too – she didn’t even have a pram for Chloe. So, as we discuss the mum juggle, you can see this from the perspective of a mum working with children present – or as babies, literally ‘attached’ to Cindy.

Pinky and Cindy discuss toilet training, the pressure to ‘bounce back’ after having a baby and the importance of listening to yourself when making parenting and career decisions.
Hang on for a frank and honest ride through placentas, placid partners, post partum body image and pooh explosions.

If you enjoy this episode, please share and subscribe to Tits Up on Apple, Google or Spotify

And please leave me a short review – this makes it easier for others to find Tits Up.

WIN!! Each month I’ll draw a winner from everyone who leaves a review on iTunes. The Winner will receive a collection of my books Parenting by Heart, Sleeping Like a Baby and Toddler Tactics (Penguin Random House)

More about our guest - Cindy Lever:

She has degrees in in journalism and Law and works as a freelance journalist for publications such as Women’s Weekly, Sydney Morning Herald, New Idea, Kidspot and Essential Baby. Cindy lives on Tamborine Mountain in Queensland on a farm where she also produces coffee.

She returned to Australia and worked as a journalist for the government then left to have Hamish.She says, “ I couldn’t bring myself to put him in daycare, so I never went back to my job and instead did a law degree as a single mum.

Cindy had Chloe a few weeks off her 45th birthday and fell back into journalism about 3-4 months after having her. Cindy’s story on her experience with elimination communication with Chloe went around the world, then she wrote about eating her placenta.

Cindy focuses on women and children’s stories and always aims to empower and educate women with her work.

Cindy hasn’t followed a traditional childrearing approach with either of her children. She says, “I never understood when the women in my mother’s group talked about leaving their babies to cry in a room as far away from them as possible.I co-slept with both and did natural weaning and never even had a pram for Chloe.”

Attachment’ versus ‘Attachment Parenting’ – what do we really know?