The Language of Tears – what kind of cry is that? 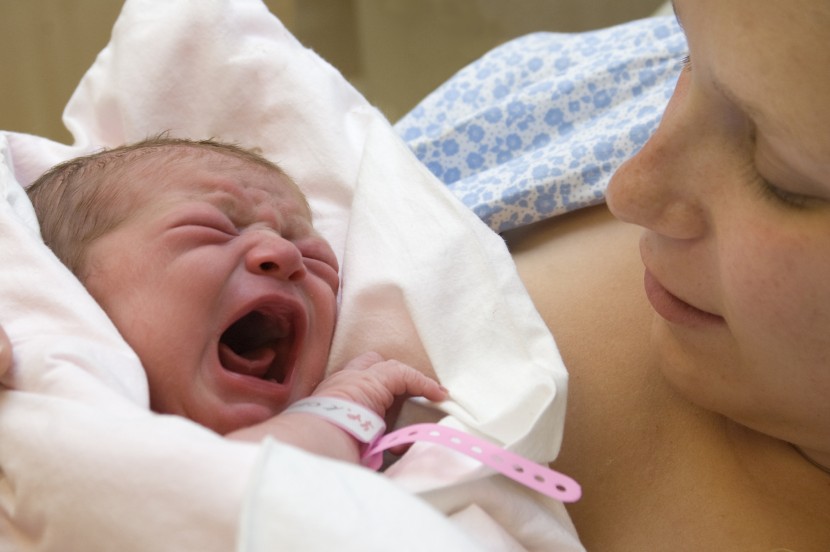 “I feel like a really bad mother,” confided Sarah, mother of four month old Molly who, apart from an early bout of colic that was overcome with some simple changes to Sarah’s own diet, has been an easy, happy baby who rarely cries. Sarah explained, “the other mothers at mums’ group all talk about hungry cries, tired cries and angry cries and I am sure I wouldn’t recognise one cry from another.

It seems there is nothing like infant crying to stir up confusion and strong feelings among mothers – and anyone else who wants to offer their ‘two bobs worth’. How often do we hear, crying is good for the lungs (like bleeding is good for the veins?), or if you pick him up every time he cries, you’ll make a rod for your own back (don’t you like a cuddle if you feel teary?).

The first rule of the crying game is, ‘don’t blame yourself ‘. It is not your fault if your baby cries, even if she cries and cries! At first, crying is pretty much the only way your baby can express feelings like discomfort, hunger, exhaustion and loneliness but as she grows, she will be able to communicate through facial expressions and body language, then eventually by telling you exactly how she feels and what she needs.

As I reassured Sarah, “of course you don’t know these cries at an intellectual level. You are so attuned to Molly that you are responding to her pre-cry signals so she doesn’t have to work up to a full-blown cry.”

Although it may take a few weeks to get to know your baby’s cues, if you do some baby watching, you will be amazed at how even very young babies can give clear signals that they want to interact or that they would prefer to be given a break from play and you will learn your individual baby’s tired and hungry signs. If you respond to these signs promptly, you may be able to avert full-blown crying.

Lets take hunger cries, for instance: Babies give a lot of subtle cues that they are ready to feed, long before they begin to cry – from rooting with their mouths to making sucking noises and trying to suck on their fists, then little noises that say, I’m working up to a cry, and finally, if these signals are ignored, they will yell. Crying is a late hunger cue and when we repeatedly wait until a young baby cries (sometimes it is unavoidable), perhaps because we are trying to implement a strict feeding schedule, we can set ourselves on a path to unnecessary feeding problems. Notice where your baby’s tongue is when he is yelling – a baby can’t latch on to feed when his tongue is up against the roof of his mouth as it is when babies cry, and if you do manage to calm him enough to latch on and feed, his suck is likely to be disorganised, or he may be exhausted from crying and only take a small feed before falling asleep. This of course, means that he will wake up soon for another feed as his tiny tummy quickly empties.

Rather than trying to impose rigid feeding schedules on young babies, there is likely to be less crying if you follow your baby’s hunger cues, rather than the clock. In fact, some strict regimes have been associated with breast milk supply failure, poor infant weight gain and failing to thrive infants. If you are breastfeeding, the amount of milk you produce and how much your baby drinks is influenced by several factors including your baby’s stomach size, which regulates how much he is able to drink, and the milk storage capacity of your own breasts. A newborn’s stomach is only about the size of his tiny fist so it is easy to see that, at least initially, tiny tummies will need frequent refills and ultrasound studies by biochemist Peter Hartman and colleagues at the University of Western Australia have shown that breast milk storage capacity can vary enormously between individual women (this is not necessarily related to breast size and doesn’t influence milk production ability). Milk production and infant intake are also influenced by milk fat content and the degree of breast emptying at any given feeding. Letting your baby decide how long he needs to feed and letting him finish the first breast before switching sides, rather than limiting him to an arbitrary number of minutes each side, will ensure he gets the rich fatty hind milk and according to nature’s rules of supply and demand, the more milk your baby drinks, the more you will produce. This is particularly important when your baby has a growth spurt and needs to increase your supply to keep up with his needs.

Perhaps the most contentious aspect of crying is how long we should leave babies to cry in order to teach them to sleep – if at all. Mimi, mother of one of the most ‘chilled out’ seven week old babies I have ever met arrived at a baby massage class confused and upset: ” At our mothers’ group talk on sleep, I was told I had to leave Billy to cry for increasing times. I am supposed to do this for up to 45 minutes but I don’t want to let him cry himself to sleep.”

Although the experts are divided on sleep training techniques, most would agree that leaving a newborn like Billy to cry is inappropriate. There is also increasing evidence that deliberately leaving babies to cry can have detrimental effects. A policy statement issued by the Australian Association of Infant Mental Health (AIMHI) advises that, “Controlled crying is not consistent with what infants need for their optimal emotional and psychological health, and may have unintended negative consequences.”

According to research by U.S Neuro-biologist and trauma specialist, Bruce Perry, when being left to cry it out ‘succeeds’ in getting a baby to fall asleep alone, it is due to a process Perry calls the ‘defeat response’. Normally when humans feel threatened our bodies flood with stress hormones and we go into fight or flight. However, babies can’t fight and they can’t flee, so they communicate their distress by crying. When infant cries are ignored, this distress elicits a ‘freeze’ or ‘defeat’ response and the infant shuts down (and sleeps).

A number of studies demonstrate that these elevated stress levels in infants may cause changes in the physiology of the developing brain. In particular, by permanently shaping the stress responses in the brain, which then affect memory, attention, and emotion. The saddest risk though, is that as the baby tries to communicate in the only way available to him, he will learn a much crueller lesson –that he cannot make a difference, so what is the point of reaching out. This is learned helplessness.

Perhaps the best advice with regards to crying is to remember that a baby cries because she needs something – or someone. By seeing your baby’s cries as communication rather than manipulation, and observing your baby closely, you will soon learn to differentiate between a grizzle, a red alert cry and tears of frustration, and you will respond intuitively without consciously having to work out, ‘what kind of cry is that?’ After all, you are the expert about your baby.

To find out why your baby may be crying and how to soothe her, check out Pinky McKay’s book ‘100 Ways to Calm the Crying’ and her recording package ‘The Secrets of Happy Babies’ , a series of recorded interviews with internationally acclaimed professionals specialising in infant mental health and brain development. The First interview is FREE>

Co-sleeping, SIDS and a Grieving Family

Play – the key to clever (and happy) babies!

Are you a FUN mum or a frantic Mum?

When It’s Your Baby, Not You Screwing Things Up.

Partners, Ten Things NOT to Say to a New Mum – And One Thing You Must Say.