The Slippery Slope of Mummy Self-Doubt 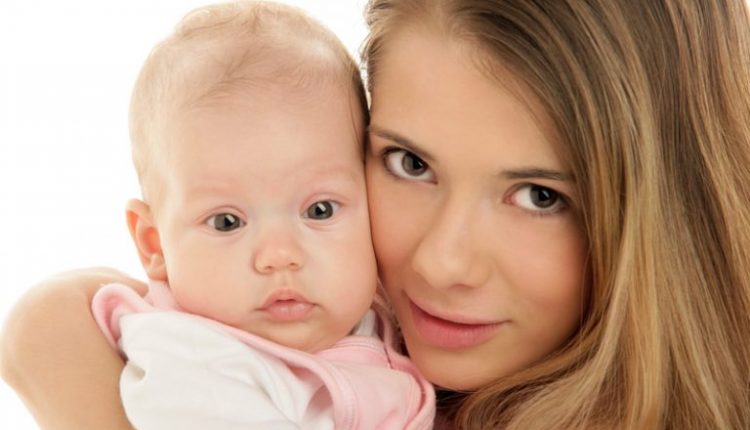 I hear this every single day from mothers. The saddest thing is that every time I hear these words, the mother is doing a wonderful job: she is intelligent and responsive with a beautiful connection to her baby. Her baby is proof that she can’t be a failure – alert, animated and engaging. So why is her confidence so shot to pieces?

There can be a range of reasons for new mums sliding down the slippery slope of self- doubt, from struggling against popular advice that doesn’t feel right, to being blamed for having a baby who doesn’t fit the cookie cutter template of ‘normal’, whatever that is according to what book she has read, who is advising her or what everyone else’s babies are doing. Or, at least what they say their babies are doing, especially around feeding and sleeping.

Carefully curated images on social media play a huge role in the myth of the perfect mother, adding to a conspiracy of silence that isolates mothers because they don’t want to face criticism. This perpetuates the very conspiracy that divides new mothers and holds them hostage.

According to recently released global research conducted by Water Wipes the ‘picture perfect’ portrayal of parenting in culture is causing more than half of parents worldwide to feel like they are failing in the first year of parenthood (55%). This pressure is causing parents to feel as though they can’t be honest about their parenthood journey due to fear of judgement (39%) Of the 1,000 Australian and New Zealand parents surveyed, almost two thirds (63 per cent) felt like they were failing during their first year of parenthood – with mums more likely to feel this way than dads (67 per cent vs 48 per cent).

The WaterWipes study claims the top sources of pressure for new parents in Australia and New Zealand are social media, other parents, advertisements, the portrayal of parenting on TV, their partner, and pressure on themselves. Water wipes are hoping to address this pressure through a project #ThisIsParenthood created in collaboration with BAFTA-nominated director Lucy Cohen, with videos shot over two months across three continents.

The Water Wipes research affirms my own experience. Over a two week period, I did home visits to three mothers who lived within a block of each other. Each of these mothers was feeling as though they must be doing ‘everything wrong’ because their babies weren’t in routines, sleeping ‘all night’ and were having issues with breastfeeding.  Their babies were similar ages and these women attended the same baby health centre so there was a very good chance they were in the same mothers’ group. Because of client confidentiality, I couldn’t ask these women if they knew each other but when I asked, have you talked about this in your mums’ group? each woman told me, “Oh no, I can’t –the other mums are all so together.”

On the other hand, mums who did these same things considered that because they had to attend to their babies overnight, they hadn’t slept ‘all night’.  In fact, out of eight mums, only one baby actually slept ‘all night’ without needing ‘help’. He was breastfed, bonny and slept in his parents’ room where they would have heard any whimper he made but this was definitely an exception, rather than the rule. Interestingly, this mother recently contacted me – her second baby is a classic ‘high needs’ baby who had shattered her self- image as ‘competent mummy’.

You are NOT a Failure!

Whatever your baby does, this has nothing to do with you being a ‘failure’, nor have you caused difficult behaviour or bad habits through ‘accidental parenting’ (whatever that may be).  You are responding to the baby you have –some babies are extra sensitive and find too much stimulation overwhelming, especially in the early weeks; some babies are what I like to call ‘high interest’ babies: these babies are alert and find it more difficult to ‘switch off’ so they need more help to get to sleep; others simply don’t need as much sleep as the charts say (remember any chart shows ‘averages’ so there will be babies either side of average and more active parents often seem to have more active babies); Some babies have challenges with feeding and little people come in all shapes and sizes. Babies all develop at different rates and things can go ‘pear shaped’ as they reach milestones no matter how ‘consistent’ you are, because to the baby, the way he experiences his world is changing.

Some babies are ‘easier’ than others, some mothers have better support networks and some mums have more honest friends who admit that being a mum is tough gig, that babies don’t fit conveniently into their organised lives and that they too feel ‘out of control’ at least, some days.

Next time you are feeling like a ‘failure’ sit for a moment and gaze at your unique child, nuzzle his soft downy head and breathe in his sweet baby smell. Accept that if things are tough right now, it’s not your fault and it is ok to reach out for help. Let go of your image of perfect mummy (whoever she is). Know that you can’t have a baby this beautiful, this bright and this perfect unless you are doing a damn good job – you ARE a great mother!

Pinky McKay is a mum of five, an IBCLC lactation consultant, best-selling author of Sleeping Like a Baby and Parenting by Heart (Penguin Random House) and creator of Boobie Bikkies, all natural and organic cookies to boost energy and support a healthy milk supply for breastfeeding mothers. Download the first chapter of Pinky’s book ‘Sleeping Like a Baby’ FREE