When mama is crazy tired – see what she does…. 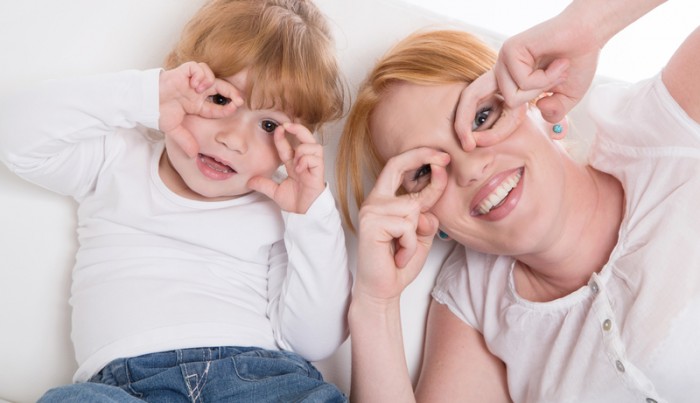 I knew it was a bad day the day I realized I was dunking a rusk and the baby was sucking on my TimTam like he had just discovered the yummiest thing ever to go in his mouth (other than boobs).

I asked the mums on my facebook page what was the craziest/dumbest thing they had ever done when they were suffering from ‘tired mummy brain’. If you have ever been so tired you have gone out in two different shoes or accidentally attempted to breastfeed the cat in the middle of the night, you aren’t alone.

Although nobody has confessed to popping a dummy in the wrong end or actually forgetting they have a baby and leaving their child under a café table somewhere, we have deleted surnames just in case any really important people (like your mother-in-law) become concerned about leaving you in charge of a baby.

See what tired mums all over the world are doing….

Molly – I went out for dinner at a 4 star place. Got out of the car – and realised I had no shoes on.

Rachelle – Denco-Rub on my toothbrush instead of toothpaste. As I put it near my mouth – that smell woke me up.

Nikoleta: I put canesten on my toothbrush instead of toothpaste.

Dina: I desperately needed a coffee, got the coffee machine going and realised a bit too late I had forgot to put a cup under it.

Mel: Tried to plug my phone into the breast pump to charge and then proceeded to get upset because I was that tired I honestly couldn’t work out why it wasn’t working until my partner gently pointed it out.

Sarah: putting my pin number into microwave. Not sure why I thought it was an atm .

Janene: Picked baby up out of cot upside down during night for feed.

Chelsea: Hairspray under my arms

Vickie: I fed the same twin twice (I now tandem feed so I haven’t made that mistake again)

Rosanna: Tried to lock the car door with a 20c coin  .

Jo: Tried starting the car with the tv remote… by trying to insert it into the ignition. Don’t ask!

Rikki Lee: Washed my face with Fem Fresh and unlocked the front door with my car keys auto locking!

Kristen: I did the car key and front door too. I didn’t even click why the car was going crazy .

Jade: Put 7 scoops of coffee in my cup thinking I was making a bottle of formula.

Candice: Made a coffee and after pouring the water in the cup, put the jug in the cupboard where the jar of coffee goes .

Nicole: Picked my then newborn up for a middle of the night feed and then replaced him back in basinette straight away. Wondered why he wouldn’t settle as I forgot to feed him.

Suzie: I ran water in the bath and then forgot about it. Half the house was flooded, floorboards are carpets ruined Thank goodness for insurance!

Jaclyn: Went to get groceries….paid and picked up one bag and drove all the way home…. leaving the other 7 bags there!! (Thankfully when I went back they’d put them aside for me)

Julia :Face cleanser on the toothbrush more than once. Best one was getting undressed, into bed, lounge room light was on so I got up, got dressed and went to turn the light off, realised what I had done and couldn’t be bothered getting undressed so just went to bed in my clothes. Have also woken up many times patting, shushing and rocking my pillow….baby in his bassinette fast asleep.

Carolyn: Went shopping with my two young children, got to the car and strapped them in, then I got in the car to drive home…. I put my seat belt on only to realise I had gotten in the passenger side and not the driver’s side.

Grace: I was standing in line at the post office rocking back and forth and humming a lullaby, but bubs wasn’t even with me!

Tracy: Where are my sunnies?…….looking high and low for my glasses, getting upset and blaming everyone in the house for moving them….”cause I left them here” (on the kitchen bench)…..hubby gently let me know they were actually on my head! Well someone put them there, because I don’t remember doing it.

Temeaka: Hooked up my pump without membranes. Then panicked it had died. Exclusive pumping sucks!!

Clorinda: got out of the car with two different shoes on, didn’t realise until I was running across a busy road trying to not get hit by a car thinking “something feels a bit not quite right.”

Beccy: I panicked a few days ago at a family member’s house because my partner didn’t have our 4mth old, nor was he in the car capsule. Then I realised I was feeding him. Thankfully I kept that to myself.

Rebecca: Poured a scoop of dry cat food into the washing machine and promptly burst into tears because I was so overwhelmed with the task of somehow removing it all. Thankfully hubby gently lead me away, told me to make a cuppa and then rescued the situation with the vacuum cleaner .

Janice: Went to the drive thru.. Ordered take away, paid. Then kept driving and forgot about the food.

Carissa: My husband and I have both gone to stick a dummy in each other’s mouth! Thankfully my second bubby doesn’t use a dummy, but we still often plonk our 3 year old’s meals/snacks down in front of each other. On Sunday night my husband brought my son’s yoghurt out and handed it to my brother.

Rachelle: Accidentally set the microwave timer for 40 mins instead of 4 mins whilst sterilising some bottles. Luckily my hubby smelt something burning & turned it off before it caught fire. Needless to say, the bottles AND the container were melted & unusable.

Kristy: My youngest is almost 3 but I still do some crazy ‘tired’ things. The other day I tried opening my letter box with my car key remote. Was on about the 3rd press I realized.

Karita:Put my work pants on over long flannelette pajama pants.

Leisa: Just today I pulled a shirt over my youngest son’s head then said “arms in”. I waited for a moment, wondering why he wasn’t doing as I said….he’s six months old.

Susan:I live in Sunny FL and one busy day of taking and picking up kids I could not find any of my sunglasses. (which end up a lot of times serving as a headband). I’m running around yelling for husband and kids to help find a pair and they all three hit the ground rolling in laughter cause one pair is on my face and TWO pairs are holding my hair back.

Grace:I was looking at an old framed family photo and tapped on the glass with my fingers to zoom in as though it was an iPad!  ·

Tammy: My partner nanna in crime did the fast food pay n drive off when her daughter (my daughter in law) had her first baby and they were all very new to it and tired as… We laughed at the time but fatigue and baby brain are huge.

Megan: I made car noises while grocery shopping and pushing the trolley around even though I realized afterwards that neither of my sons were with me.

Ivana: picked up crying baby in the middle of the night and put on boob. baby still crying and not latching on? baby now feels a bit furry?? Oops, put the cat back down and go pick up the baby.

katie: Dished myself up some delicious dog food for dinner… Luckily realised before I took a bite

Hannah: Tried turning the page of a newspaper (an actual paper one) by swiping down the bottom of the page like an iPad. I got awfully cranky for a moment that it wasn’t working until my husband realised what I was doing & started laughing at me!

Mel: Poured my juice onto my dinner plate… The plate I just served up and there was none left….

Lauren: I woke up in a panic, patting the bed and lifting the sheets, because my daughter wasn’t in our bed where i thought i had put her just to look over and see her sound asleep in her cot where i had actually left her.

Jay: I got up and made my husband coffee toast and packed his lunch then went and woke him up for work. His reply “babe its 5:30 Sunday morning, since when do I work Sundays? ”

Cindy: My husband was sitting next to my baby when I was feeding him. I got confused and tried to spoon feed hubby instead of bubs.

Nadine: My partner bathed baby in the laundry sink & took the machine hose out…. Never put it back in and did a load of washing.

Jesse: I tried several times to get into a car that wasn’t mine..bub in one arm heaps of groceries in the other and getting pretty cranky about ‘what’s wrong with my car now!’ I spent a good 10 minutes trying all the doors with my key and pushing all the buttons on my remote. My car was 4 down the line.

Nina: Withdrew money from an ATM and left the cash in the machine

Elsie: My sister, mother of 4, left the house, got in the car and drove down the street, with her apron still on.

The catch: All she was wearing under the apron were her knickers and bra!

You know you are breastfeeding a toddler when…..

Breastfeeding, the story of Archie Valentino by Marcia Leone