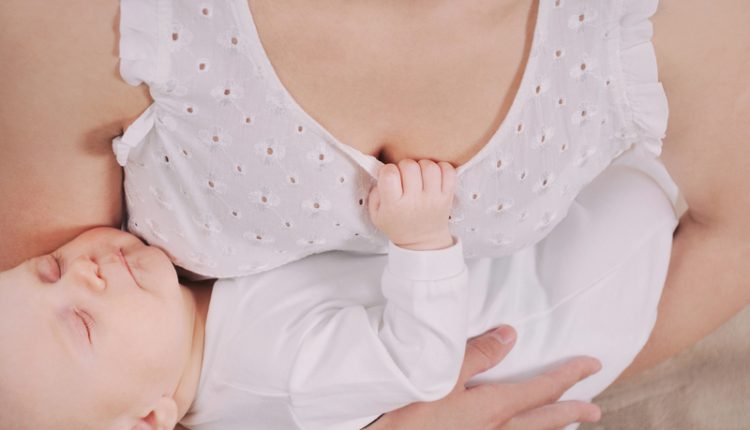 It’s dark and still. The world is sleeping. At least, the world of people without babies is asleep. Your baby is awake, snuggled at your breast, slurping the good stuff. Mostly, night time breastfeeds feel precious and beautiful. You know in your heart that these sweet moonlight cuddles will end soon but there are niggling doubts about night time nursing, especially if your baby is a ‘certain age’.

There is so much conflicting advice about when to stop night time breastfeeds: One book says, ‘when your baby weighs ten pounds he will no longer need night feeds’ (Three of my own babies wouldn’t have had night feeds from birth). Another says,’ your baby should sleep 12 hours without a feed at 12 weeks’ (try telling that to a baby who hasn’t read this book!).This advice is fairly extreme, but it’ s common to be told by a health professional, that your baby doesn’t need night feeds after four to six months.

In reality, many babies DO need night feeds up to and beyond six months. From a baby’s perspective, there are a number of reasons for breastfeeding at night – hunger of course is the first reason but night nursing is about so much more than food.

Breastfeeding is about comfort, connection and immunity, as well as food. It is also nutrition for a baby’s brain and this means that as your baby enters new developmental stages, he will most likely go on a feeding binge to fuel his growing brain.

When your baby has been exposed to a bug, he will need to ‘tank up’ on the amazing immune factors in your milk and when he is in pain or uncomfortable, perhaps from teething, the relaxing chemicals in breast milk will soothe your little one. Also, as your baby goes through normal stages of experiencing separation anxiety, he will want to connect to ‘the source’ through the security of your arms and the comfort of breastfeeding.

At night time too, prolactin, the hormone that facilitates breast milk production as well as bonding and attachment reaches the highest levels during night time breastfeeds. This means your baby will probably get the ‘best milk’ at night. Recent research also shows that eighty percent of our seratonin receptors are in the gut and night time breastmilk is rich in tryptophan, a precursor to seratonin – so this magic mummy milk is also helping the development of seratonin receptors and a healthy foundation for future well-being.

When we consider hunger as a reason for night time feeding, we tend to think of small babies with tiny tummies that need frequent refills to get their quota of nutrition. However, older babies can be hungry too – around 5 months most babies become so easily distracted from feeds during the day when there is so much to look at in the big exciting world around that they get into a ‘reverse cycling’ feeding pattern – taking short feeds during the day and ‘tanking up’ during the night.

Babies who are developing new skills also have powerful innate urges to practise rolling, crawling and pulling themselves up all day long so their day feeds become short. It’s as though they can’t stop to feed because there is so much ‘work’ to do. Also, think how many calories a mobile baby burns as he does endless ‘push ups’ or hurtles around the floor! These babies will often wake at night to satisfy hunger and to fuel their developing brains.

As well as negatively influencing an exclusively breastfed baby’s gut health and introducing potential allergens(from the cows milk protein), a bottle of formula probably won’t gain you more sleep: A 2015 study of babies aged 6 to 12months in the Academy of Breastfeeding Medicine journal found that night wakings or night feeds didn’t differ between mothers who breastfed or formula fed. Another study showed that parents of infants who were breastfed in the evening and/or at night slept an average of 40-45 minutes more than parents of infants given formula. And while you may think 45 minutes isn’t a big deal, these researchers say, parents who supplement their infant feeding with formula under the impression that they will get more sleep should be encouraged to continue breast-feeding because sleep loss of more than 30 minutes each night can begin to affect daytime functioning, particularly in those parents who return to work.

There is no evidence that feeding your baby full of solids will be an answer either because, even if they are eating family foods, milk is still the most important source of nutrition for babies under a year old. Also, if little tummies are stressed by too much food or upset by new foods (constipation is fairly common if solids are pushed too hard), your baby could be more even more wakeful and wanting to suck for comfort.

Besides baby reasons for night feeds, the most important ‘mummy reason’ is maintaining your milk supply. In the early days, your breasts need frequent stimulation to ‘set’ your milk production capacity as your milk supply is influenced by post birth hormones. Also, in the first three months after birth, there is more breast development happening – you are developing more prolactin receptors, which will encourage your ongoing milk supply.

Although most women (without medical conditions that may inhibit milk production), make a similar amount of milk, women have different breast milk storage capacities. This simply means that some women will need to feed more frequently than others, rather like pouring fluid into a smaller glass or a larger one. If you have a smaller ‘storage capacity’ you will need to empty your breasts more often so that your body is signalled to make more milk.

US Lactation consultant Nancy Morhbacher explains: A mother with a large storage capacity has the room in her milk-making glands to comfortably store more milk at night before it exerts the amount of internal pressure needed to slow her milk production. On the other hand, if the baby of the small-capacity mother sleeps for too long at night, her breasts become so full that her milk production slows.”

If you are a mother with a smaller milk storage capacity (this isn’t necessarily related to the size of your breasts) or if you have a medical condition such as PCOS, Diabetes, Insufficient Glandular Tissue or Thyroid conditions that may make your milk supply more fragile, night feeds may need to continue for many months for you to maintain your milk supply and for your baby to thrive.

If you have concerns about your breastmilk supply, you can download Pinky’s FREE ebook ‘Making More Mummy Milk,Naturally’ .

The important thing is not how much milk your baby gets at each feed, but how much he gets over twenty four hours. This means that if you schedule your baby’s feeds and space out feeds during the day, your baby will wake for feeds at night. If you have a smaller milk storage capacity, a vulnerable milk supply, a baby who is distracted or busy during the day, or a baby who has any sort of feeding issue such as low muscle tone or perhaps a tongue tie that affects how effectively he feeds, your baby may take less milk at each feed so he will need more feeds over a day (and night) to get his ‘quota’.

You can try offering more feeds during the day or several feeds closer together before bed to help your little one (and you!) make it longer through the night. Meanwhile, enjoy those sweet snuggles, learn how to breastfeed lying down so you get more rest, gather support so you can rest during the day if night feeds are tiring you out and remember the mummy mantra for when the going gets tough – ‘this too shall pass.’ It will, I promise – your little one may like to snuggle up to a warm breast at night when he’s eighteen, but it won’t be yours!

Australia’s most recognised and respected breastfeeding expert, Pinky McKay is an Internationally Certified Lactation Consultant, infant massage instructor, speaker and best-selling baby care author. Pinky is the author of 4 books, including ‘Sleeping Like a Baby ‘ which offers research, evidence and gentle sleep solutions from birth to three years. Download the first chapter FREE

Trusting Your Mama Instincts To Be Your Child’s Advocate