How Mothers Really Feel When Breastfeeding Goes ‘Tits Up’ 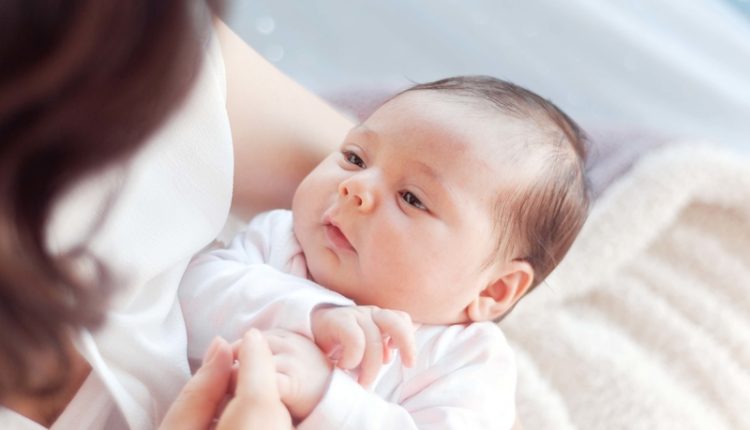 Hearing ‘breast is best’ is enough to reduce women to tears of despair when breastfeeding has ended early. Of course, every mother wants to do her best for her child so when breastfeeding doesn’t work out, so many women say they feel guilty that they haven’t given their baby ‘the best.’

“Even now (nine months later) I feel like I need to justify myself by listing out all the things I tried, and all the things I didn’t try and why. But in the end, it doesn’t really matter. My first few weeks of being a mother were a fog of feeling like a failure, of crying every time my baby came to my breast and just suckled weakly for a few seconds and fell asleep, of crying while my husband cradled our son and gave him a bottle and I pumped alone and untouched on the other side of the couch, of tortuously squeezing a half ounce of milk from my breasts while reading some blog post by a mother who easily increased her milk supply to 50oz a day by just doing this or that trick.”

Although there are certainly some health conditions that create real challenges for breastfeeding mothers, including baby issues such as poor latch, ineffective sucking, tongue tie, low oral muscle tone, to maternal medical conditions such as breast surgery, retained placenta, postpartum haemorrhage, PCOS, diabetes, thyroid conditions and insufficient glandular tissue (IGT), there is so much misinformation about breastfeeding. When a mother reaches out for help, it’s like a lottery whether she gets the help she needs: Doctors receive only a few hours of breastfeeding as part of their medical degrees; formula companies are powerful advertisers and a large number of health professionals are under their marketing spell; the ‘fed is best’ brigade undermines mothers; and media stories of starving babies create self-doubt.”

“When I took my pre-labour hospital tour, another woman asked about the postpartum lactation support available. The response basically amounted to, “Oh yeah, you can see a consultant if you’re really having problems or you have multiples or something. We also offer Brand ‘X’ formula and brand ‘Y’ formula !” Urgh! I know she was probably trying to be supportive, but it really came off as dismissive of both breastfeeding and formula feeding mothers.”

Not breastfeeding, not guilty

As an IBCLC lactation consultant, having helped hundreds of mothers struggling with breastfeeding and hearing women’s stories, I don’t believe it’s guilt that mothers are feeling. There is a huge grief response, there is so much sadness – breastfeeding is not just about ‘the milk’. It’s a very intimate relationship, it’s an intrinsic part of a woman’s sexuality – we grow babies, we give them life and we are innately programmed to sustain that life through breastfeeding.

Guilt is absolutely not warranted unless you have let another person down.  Regardless of how she is feeding her baby, the mother hasn’t let her baby down at all but this is so hard to rationalise as she reframes her entire self-image as a mother. she may have seen herself as the earth mother breastfeeding anywhere and everywhere, being outspoken about women’s rights to breastfeed, she may have been breastfed herself, so it had never occurred to her that she wouldn’t breastfeed her child. As she reaches for the bottle, she questions, ‘what else could I have done differently?’ Her confidence as a mother takes a huge hit.

“Breastfeeding is such a beautiful act of love! I was breastfed. The majority of moms I know and in my area breastfeed, at least for the first six months.Breastfeeding was so integrally tied to my visions of myself as a mother, it has been very difficult to give up. I never imagined, even for a single second, not breastfeeding. I imagined myself as the mom telling people off and reciting my right to breastfeed in public. I imagined myself nursing my toddler and pumping at work. And I had to reshape this entire vision of motherhood, on the fly, while coping with a newborn.”

“I’m tired of hearing things like, “I had trouble too, but I’m really stubborn and made it work.” Was I just not stubborn enough? Or, “I take responsibility for my choices. Just be proud of your choice to formula feed.” But I didn’t feel like I made a choice, other than the choice to not hurt my baby, or the choice to keep my sanity and stop focusing all my time and energy on breastfeeding and start enjoying my relationship with my baby.”

Anger, Pain and Lashing out

Anger too, is another powerful emotion. It’s common for mothers who aren’t breastfeeding to lash out on social media, against breastfeeding mothers and on breastfeeding support pages. Their wounds run deep. Often the responses turn into a battle of breast versus formula and result in more pain for the disappointed mother due to insensitivity and a lack of understanding about the sense of failure mothers experience when breastfeeding hasn’t worked out.

“Right before having my baby I wrote a Facebook post I now cringe to think about, lamenting the lack of support for breastfeeding and talking about the breastfeeding class I had gone to. I was so proud of myself! And another mum commented about her baby being in ICU and not being able to make breastfeeding work. I think I said something about how that must have been hard, but I had no real understanding or empathy. I think I must have thought she did something “wrong.” And when it happened to me, I searched myself for the thing I must have done wrong. Which is a completely pointless exercise, because I’m not having any more children and my son is healthy and perfect. But the self-recrimination is still there, and I feel so bad knowing this other mum may have felt the same and my words may have been dismissive.”

Women’s anger towards other mothers who are breastfeeding and towards breastfeeding support resources is often misplaced. It would be more helpful to direct that anger at health professionals who give lousy advice and dismiss mothers’ concerns when they are anxious about their baby’s well-being and are trying desperately to make breastfeeding work. Women don’t want to hear platitudes like ‘fed is best’. That’s adding insult to injury – no mother, whatever her choices would knowingly starve her baby. And no mother wants to hear her efforts to overcome challenges are pointless.

“My paediatrician told me to stop pumping at my son’s two month well visit. She had asked me how he was fed, and when I told her combo formula and expressed milk, she said, “Oh, pumping is so hard. You should just stop. New studies show breastmilk isn’t even better anyway, it’s all just hype.” I hadn’t even said anything about wanting to stop. And I know she probably thought she was being sympathetic but it just made my two months of torture feel pointless.”

I have over a hundred thousand women on my social media pages (Boobie Bikkies and Pinky McKay) seeking breastfeeding information. Many are second, third or, even fourth time mothers, who have faced the disappointment of early weaning with each baby so far. It’s testament to women’s courage and motivation that they will face this hurt again (and again) by attempting breastfeeding with subsequent babies. Breastfeeding matters to these women.

We all have a duty of care to support and be kind to new mothers, however they are feeding their babies – we never know that woman’s back story.  And, everyone who works with mothers and babies has a duty of care to stay informed with best breastfeeding practice – feeding the baby is basic 101 of baby care.  If the practitioner can’t help with a more complex breastfeeding issue, he or she should offer referrals to IBCLC Lactation Consultants who can take a history, trouble shoot and help individual women to reach realistic, personal breastfeeding goals without judgment, shame or dismissal of their feelings and fears. This could eliminate so much guilt, grief and angst.